The Parachute Regiment is proud of its Shetland pony mascots, Pegasus and Bruneval. Pegasus, named after the mythical winged horse, symbol of British Airborne Forces since 1942, is the fifth pony to carry the name.He stars alone on parade in his livery but ponies like company at home, so Bruneval – named after one of the Regiment’s World War Two battle honours - is his companion and a reserve if he is taken ill. Bruneval is also the naughtier of the two! Mascots need a good temperament for parades as they will meet many people, hear shouting and noise, including military vehicles, planes and helicopters. Pegasus V has met anyone from HRH Prince Charles, to Prime Minister Boris Johnson and TV stars Ant and Dec. 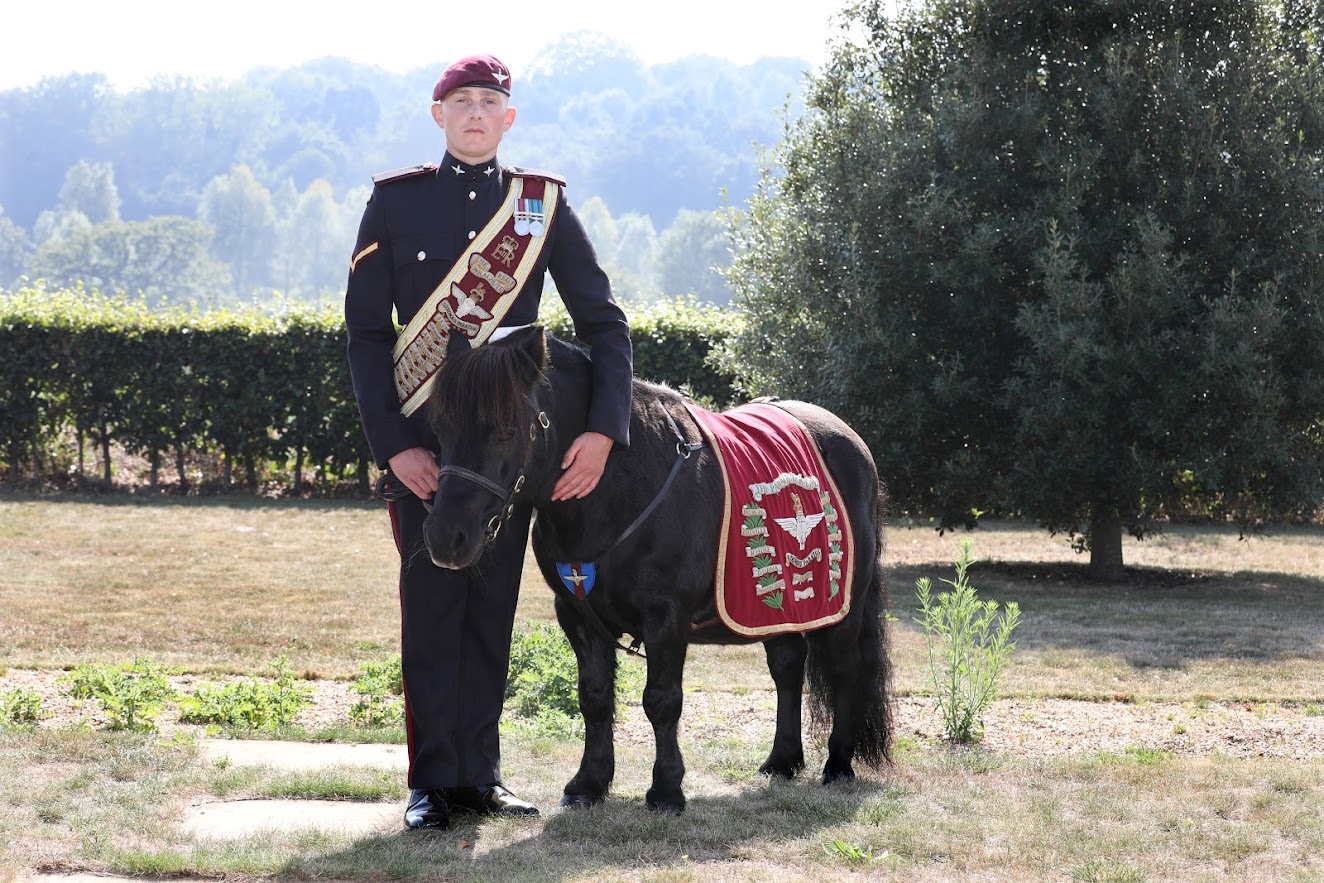 Our pony mascots cost about £10,000 a year for food, stabling, shoes, tack, travel and vet bills. This funding comes from our charity Support our Paras (Registered Charity 1131977), which also looks after our wounded soldiers, veterans, widows and families in need and distress. This is where you can help us.

For £35 you can donate to ‘adopt’ Pegasus, helping with his feed and bills. Through your generosity to the ponies we can give more assistance to our soldiers and families. In return we will send you an Adoption Pack containing:
- a certificate
- an info sheet on our ponies
- a rosette, and
- a charity wristband.

Thankyou to all involved in looking after our regimental mascots. Utrinque paratus.

This is a fantastic idea

I love the military and animals,it's a win win!