Can you help us to help Jon

At 16 years old, Jon started his training to become a Paratrooper. He was Champion Recruit at his passing out and joined C Coy 3PARA. In 2003, he did a tour of Iraq. His intention was to join Sniper Company, try for SAS selection at just 24 years old, and have a full career in the military, like his father, uncle and grandfather before him. However, in 2003, Jon suffered a catastrophic injury in a Road Traffic Accident and has been C4 tetraplegic ever since: no movement from his neck down; for 18 years, his sole but limited control of his daily life has been through a chin-operated joystick on his electric wheelchair; worlds away from the SAS Sniper life he was working towards.

Jon wants what all of us want, a more active and meaningful life and to be able to make an active contribution to society. He has recently enrolled in an Open University course as a start point. However, his tetraplegia has presented new obstacles even to online learning, as well as daily living.

His family recently became aware of a ‘Jaco’ robotic arm, which could radically transform Jon’s life by allowing him independence and the ability to complete tasks that able-bodied people take for granted, like eating, switching on lights, scratching your own itches and taking a selfie! 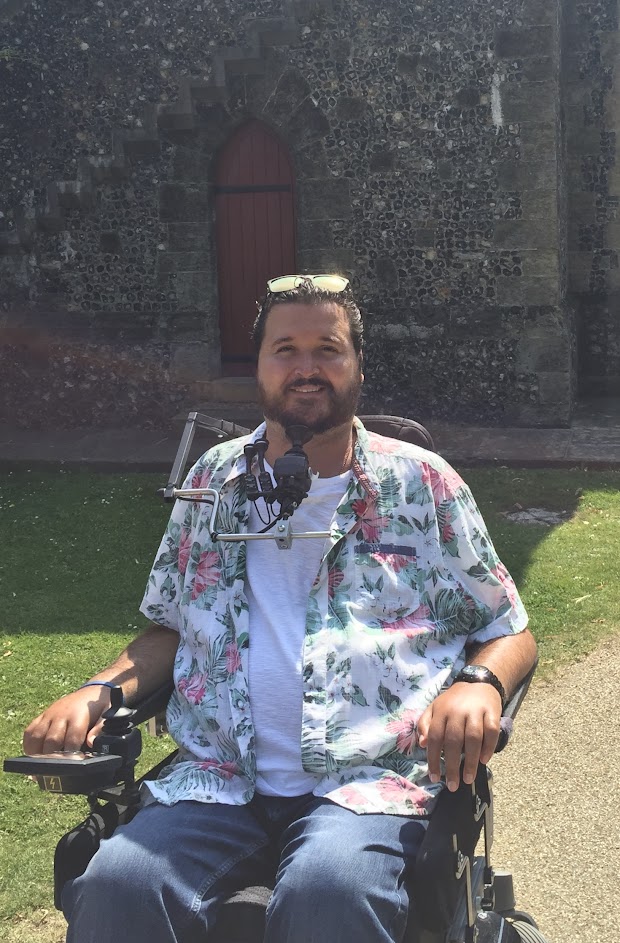 As you might expect, this tech doesn’t come cheap. This is where we need your help.

Jon is one of our own and family take care of each other. But there may be other brothers out there who one day may need the same help. Your donations will support Jon and others like him.

Good luck to our airborne brother..

Annie and Will Kefford

Dear Jon, You (and Toni & Tam) are a true inspiration - this looks like amazing technology & we hope it brings you some independence.

Here?s the money I raised for you in March, this has come from donations from family and friends supporting me in my March challenge completing over 470,000 steps!