We are delighted to launch the Arts 4 Dementia Royal Parks Half Marathon 2018 campaign to transform the lives of people with dementia and their carers through artistic stimulation which overrides symptoms and empowers them to rekindle fulfilling, active life in the community. 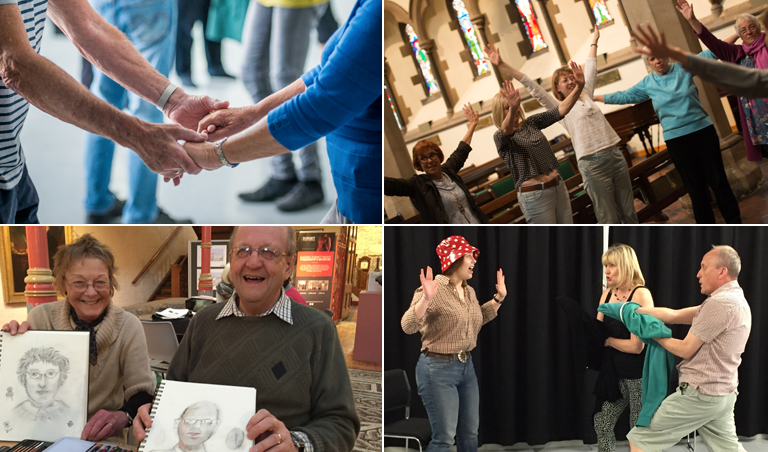 Arts 4 Dementia was founded in 2011 and develops arts programmes to empower, re-energise and inspire people with early stage dementia and carers through challenging artistic stimulation, so they can live better for longer in their own homes. Our signposting website lists arts events for people living with dementia in the community, serving both those often desperate for stimulation and providers.  Our early stage and dementia awareness training for arts facilitators enables them to deliver effective workshops.

If you like the idea of running and raising funds for A4D, and would like to run for us in the 2018 Royal Parks Half Marathon, email admin@arts4dementia.org.uk, put RPHM RUN in the subject line and be sure to include in the text your full name and mobile. This popular half marathon has won the Best Outdoor Event at the renowned Event Awards, and this year’s ballot was oversubscribed EIGHT times!

Tweets by @Arts4Dementia
This campaign is now closed, and no longer accepting donations.

An arts workshop for 16 participants

Royal Parks Half in aid of Arts 4 Dementia

The Royal Parks Half Marathon

The royal parks half marathon