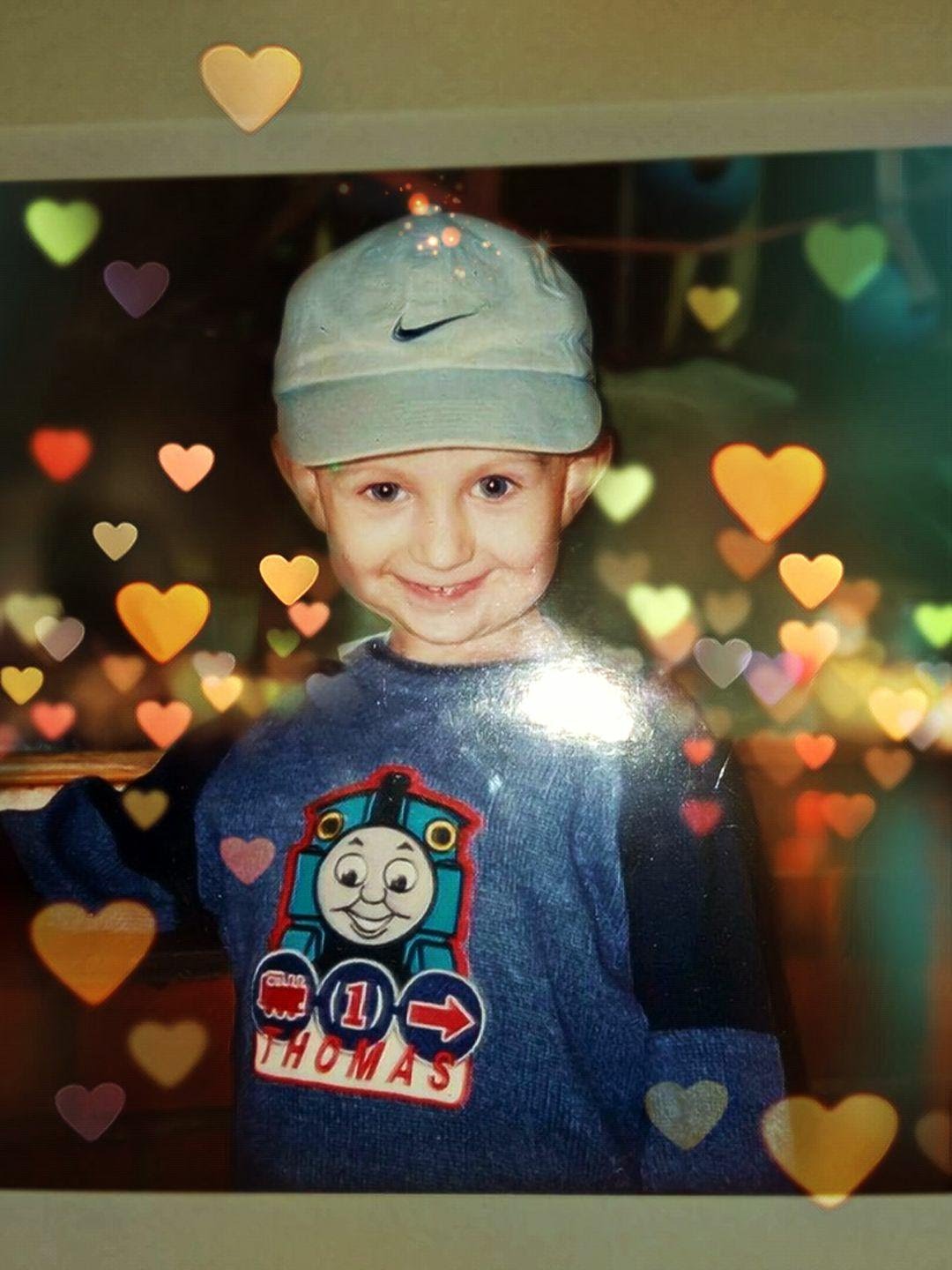 A few months before Christmas 2003, my son Bailey, aged just two, started to become unwell. He would be sick several times a day and became unsteady on his feet. He wasn't his usual happy self, so we took him to the GP and they said it was probably an ear infection, and we were sent away.

Bailey continued to be unwell, and one day I happened to notice one of his eyes crossed over for a few seconds. We knew it was something serious, so we took him to the walk-in centre. The doctor checked him over and said he couldn't find anything 'wrong' with him. He had no fever, no rash - just raised blood pressure. But we refused to leave until he was admitted because we knew he wasn't well.

Bailey was monitored overnight and given intravenous antibiotics. The following morning he had developed a squint and was given a CT scan, which revealed a mass on his brain stem. He was immediately rushed by ambulance to Birmingham Children's Hospital where, on Christmas day, he was operated on to remove the tumour. We waited and prayed for our little boy.

The operation was a success and two weeks later he was able to talk and walk, even though he was still very weak. Then came the news we were dreading... our son had a brain tumour called medulloblastoma and would need intensive chemo and radiotherapy.

He coped with the treatment so well. He regularly had platelet transfusions due to the chemo and had several hospital stays due to infections. The radiotherapy was the hardest part as he had to go under general anesthesia everyday for five weeks. His skin became very sore and red like sunburn. He had a few more chemo sessions and then his treatment was complete.

Sadly within 6 weeks of stopping treatment he starting becoming unwell again and I knew it had returned. When we told the doctors our concerns they reassured us it was extremely unlikely the tumour had grown. But I trusted my instincts and demanded an MRI scan. The results showed that the cancer had returned and had spread down his spine.

The only hope was trying out a drug called etoposide which had sometimes slowed down the growth of these sorts of tumours. So we tried but sadly a few months later Bailey came home to pass away on 15 June 2005, just before his 4th birthday.

From this page you can make a donation to Bailey's Little Star Fund, or start a fundraising page to collect sponsorship for your event. 100% of your fundraising or donation will support research into medulloblastoma.

For more ways to donate, including setting up a regular donation by Direct Debit, visit our website >

You can also make a donation by text message:

Always in our thoughts, sending you lots of love and angel cuddles from Auntie Chris & Uncle Jim xx

This is research urgently needed and the hope is that outcomes for children in the future can be more positive. Well done for setting up this way of donating in the fond memory of Bailey.

For such a special and incredibly brave little boy, Our Bailey. Forever in our hearts xx