Keep up the Pressure

Keep Up The Pressure 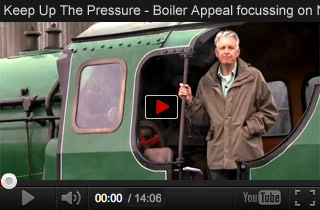 The opening of the Extension to East Grinstead has, we are pleased to report, significantly increased our passenger numbers. The success of the extension has allowed us the opportunity to commit additional resources towards the maintenance of infrastructure, locomotives and rolling stock, previously deferred due to tight budgets during the recession. Projects have been approved to prevent the icing up of the tunnel in winter and for a canopy on the platform at East Grinstead. Work on these projects is either completed or will commence shortly. 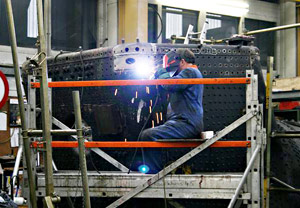 The additional passenger numbers require us to run longer trains and hence an increased use of larger locomotives. Thus we launched the "Keep Up The Pressure" appeal to create a fund for which the target is £400,000. The excellent start shown on this page means that with increased revenue from the Extension, and the terrific efforts of the Camelot Society and Battle of Britain Locomotive Group, we have received enough money to pay for the overhaul of the boilers for 73082 "Camelot" and 34059 "Sir Archibald Sinclair".

Thanks to the financial support of donors to KUTP, the repair and refurbishment of four boilers is being carried out simultaneously. We do not wish to stop there and we now move on to No.928 "Stowe". The Maunsell Locomotive Society has been working hard to raise the money for "Stowe". The cost of the boiler refurbishment is the most expensive of all the boilers (estimated at £250k). To find out more see this video introduced by Nicholas Owen. It explains what is involved in the overhaul of "Stowe" . The work is similar (but not exactly the same) on all locomotives being overhauled so do please have a look. 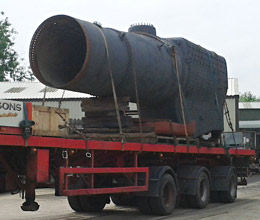 There is a long way to go to reach our target. Any donation, small or large, will be very welcome. We are aware that most enthusiasts have an allegiance to one class of locomotive or locomotives from a particular designer. We ask that you put your allegiances aside in support of the Bluebell Railway's motto, Floreat Vapor.

So please help us keep our boilers at full pressure, and donate now.  Thank you in advance for your support.

This campaign is now closed, and no longer accepting donations.

Hope this will help a little Member. No.290