On Saturday 02.01.21 at 9.30am a call came through to Christine our SE Area coordinator asking could we help with a puppy that had been brought in from abroad that needed to be quarantined. If not it was going to be PTS.

What they didn’t tell us was that they had smuggled Lucky into the UK from an unregistered country (Ethiopia) in their hand luggage. Only 6 weeks old with no vaccines or passport. They thought that they could just walk through customs and take her home !! Heathrow officials had other ideas and she was taken to the pet centre.

As a rescue we felt Lucky was worth saving so the airport was initially contacted and ownership was transferred to GSDR. After numerous calls by Julie Plastow, Airpets agreed to take little Lucky into isolation and once they had the paperwork required went to collect her. Eventually after 4 days we got the call to say that she was safe and in quarantine.

The bill will not be cheap but who can see a puppy suffer because of ignorance. If you can spare a few pennies to help towards the cost of Lucky which is estimated at about £4500 we would be eternally grateful. Lucky will now be guaranteed a fabulous new life with one of our adopters once she has served her time.

Thanking you in advance for your help 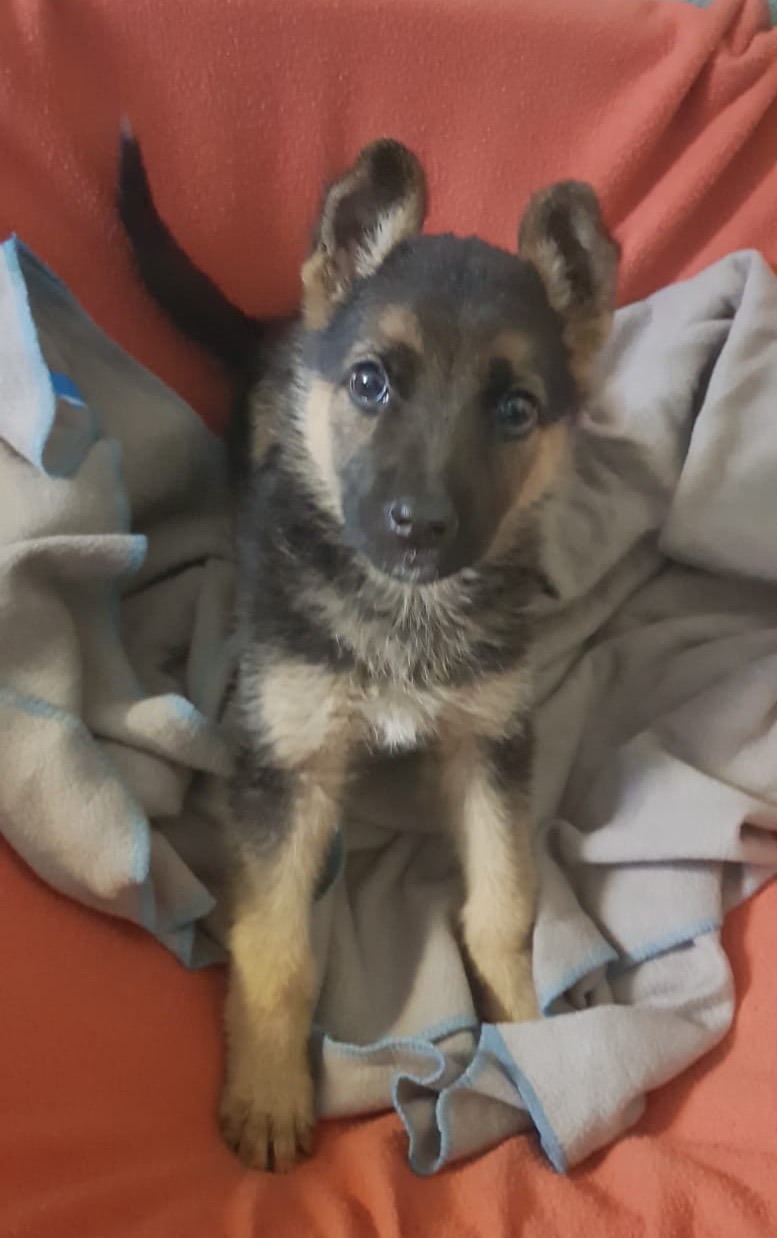 Hope everything goes well for this gorgeous little soul.

Its about time tge government did something. Its so sad that so many poor animals have to go through this

I hope this helps with lucky's quarantine fund. I know it's not much but it all helps. My partner and I hope that you get a good loving forever home for lucky after her time in quarantine. I will share the fund appeal on fb. Michelle and Jim.

Bless her heart, hopefully she will be introduced to lots of different things whilst she is there so that it?s not too much for her when she finally goes home