NF2 BioSolutions UK & Europe have agreed a partnership with researchers at the newly launched Geoffrey Jefferson Brain Research Centre to support studies into the role of inflammation in the growth of tumours.
The Brain Research Centre is a partnership between the Northern Care Alliance NHS Group and The University of Manchester, working in partnership with Manchester Cancer Research Centre, The Christie NHS Foundation Trust and Royal Manchester Children's Hospital.
It's hoped that the research programme will lead to repurposing existing anti-inflammatory and immune-modulating drugs to benefit patients with NF2.  Such drugs are widely used in conditions such as multiple sclerosis and rheumatoid arthritis.
The work will contribute to Manchester's existing world leading NF2 tumour research programme which has already identifed the central role of inflammation in the mircoenviornment of schwannoma and meningioma tumours in NF2.  Manchester is one of four UK centres specalising in NF2, led by Professor Gareth Evans of Manchester University NHS Foundation Trust.  Professor Evans is also a trustee of the charity NF2 BioSolutions UK & Europe.
The new partnership led by Mr Omar Pathmanaban, who is a consultant neurosurgeon at Manchester centre for Clinical Neurosciences at Salford Royal, Honorary Senior Lecturer at The University of Manchester and Strategic Development Lead of the Geoffrey Jefferson Brain Research Centre.  He said "I am delighted that NF2 BioSolutions and NF2 BioSolutions UK & Europe will be working with us to understand the inflammation and immunology of NF2 schwannoma and meningioma tumours with a view to identifying new treatmetns including repurposing of existing drugs currently used in other conditions.  Children and adults with NF2 urgently need new treatments to prevent or reverse serious harm caused by these tumours, such as deafness, blindness and paralysis and to limit the number of surgical procedures they need over a lifetime.  It is also very exciting that we will be training the next generation of world class NF2 scientists through this scheme, amplifying the benefit of our partnership into the future"
Geoffrey Jefferson Brain Research Centre Director Professor Andrew King said: "NF2 tends to get worse over time and those affected face having surgery repeatedly to remove tumours. Both the treatment and the underlying tumours often lead to neurological disablity, most notably hearing loss, but can be much more severe.  It's not uncommon for disablity to increase over time as a result of multiple tumours on the brain and spine and the surgery on them.  We know that inflammation is a key factor in tumour growth in NF2 and believe that we can target that to develop treatments.  This programme will build on the expertise we already have in inflammation and immunology research at the Lydia Becker Institute at The University of Manchester, and on our work in the GJBRC to understand fundemental mechanisms of inflammation and how they contribute to brain disease." 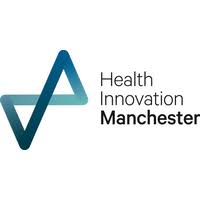 Manchester is already home to five of the top 20 cited researchers in NF2 worldwide including Professor Gareth Evans (the most cited authoer internationally) who is a global authority in the field and leads the NF2 highly specalised service in England. He said "This is a fantastic opportunity to build on Manchester's expertise to develop life enchancing treatmetns for NF2 and train future leaders in the field."
NF2 BioSolutions UK & Europe is a patient-led, registered charity and arm of the global NF2 BioSolutions organisation. It's objectives are to relieve sickness and support preservation and protection of health by advancing research into a cure or preventative treatment for NF2.
NF2 BioSolutions UK & Europe CEO Clare Goddard, whose daughter and son have NF2, said "We are delighted to be entering into this partnership that offers hope for people with NF2.  The condition causes deafness, blindness and eventually loss of all senses and mobility. With this work in the UK and through our gene therapy labs in the US we are excited to share data and advance treatments. This is a strong step towards our solution."
The initial three year programme will begin in September 2021.
Please help us to raise £200,000 to support this collaboration.

With very best wishes for an exciting project.

Huge Congratulations on this commitment to vital research. ?