We were recently called to help with yet another suspected puppy farm, located in a seemingly typical family home in the centre of Plymouth. When we arrived, we immediately knew we were dealing with a serious situation by the putrid smell that greeted us as we approached the property.

After accessing the house, two female adult dogs were found crammed into tiny cages amongst piles of rubbish and junk in a dark, filthy room. Both dogs had no food or water and were left sitting in months’ worth of their own waste. Their claws were overgrown, the pads on their paws were burnt from standing on the urine-soaked floor of the cages and they were both severely underweight. To make matters worse, both dogs were nursing litters of very young puppies!  Without adequate food or water the strain on these poor mothers was clear; they were giving everything of themselves to ensure their puppies survived.

Another eight severely underweight dogs, suspected to be the father and a previous litter, were found running loose in another filthy, rubbish strewn room. They also had no food or water and weren’t given any access to the outside world. This room had been used as their toilet, resulting in all eight dogs’ long hair being heavily matted with their own waste. 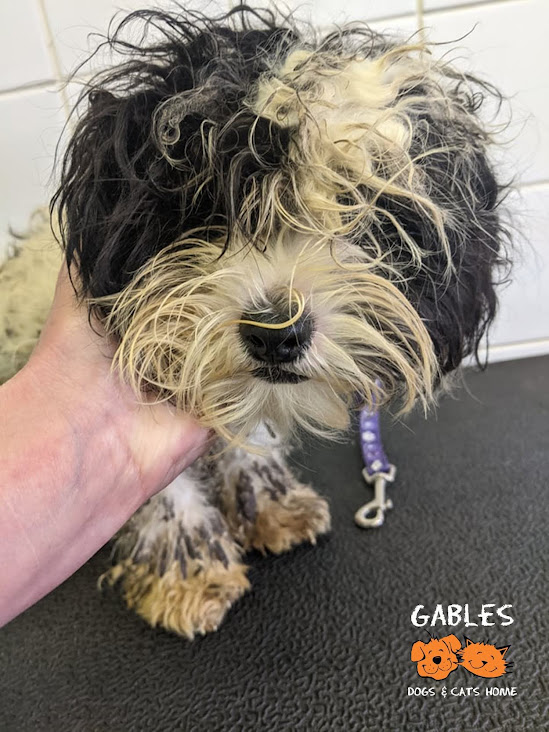 All 19 of the dogs and puppies were signed over to us so they could receive the urgent care and attention they desperately needed to save their lives. After arriving with us they were provided with much needed food and water, and all ten adult dogs began to gain weight in a matter of days. The adult dogs had their severely matted coats shaved off and they were bathed, clipped and groomed by Dee, from Designer Pets, and her daughter. They removed an incredible 5kg (the equivalent of five bags of sugar) of urine-soaked, muck-covered hair from all the dogs, who were relieved to finally be able to move freely. 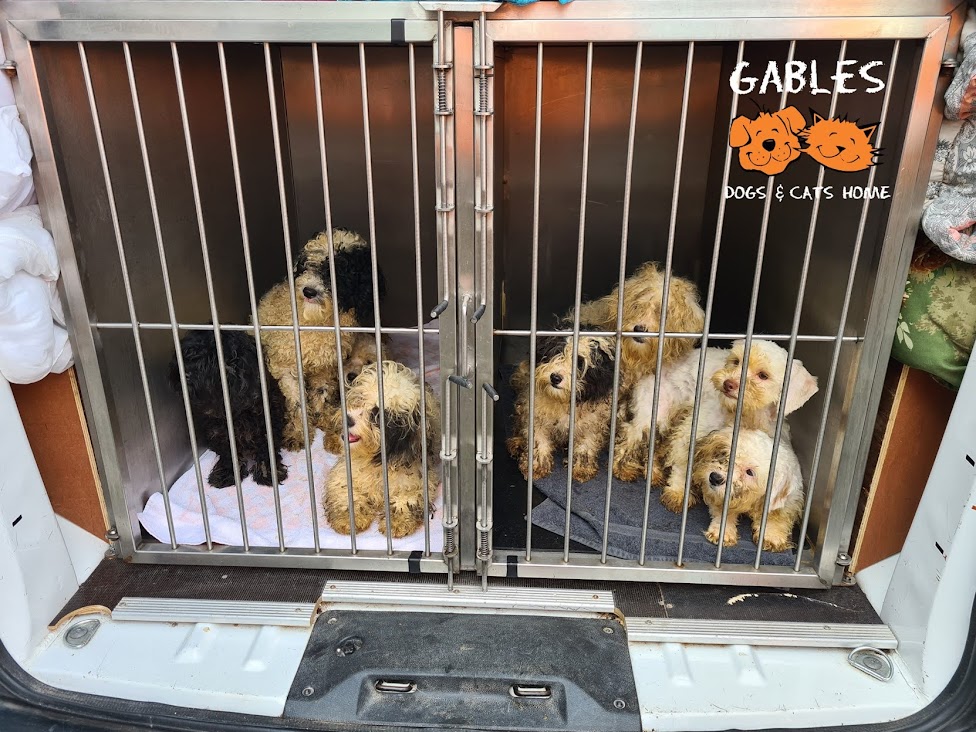 All 19 of the dogs and puppies will need to be neutered or spayed before looking for their forever homes. Some of them will need dental work, ear treatments and hernia repairs; and they will all require medical baths as part of the essential healthcare they have never received before.

Deputy Manager, Ruth Rickard said: “I have attended several rescues throughout my career and no matter how many times you do it, that ‘smell’ is indescribable. It was so bad inside the house that I actually thought I was going to lose my lunch and had to step outside more than once; unlike these poor dogs, who weren’t allowed to go outside for a breath of fresh air. It really brought home how these poor dogs had needlessly suffered every day. As well as the obvious physical neglect and lack of care given to these dogs, they had never been socialised outside of the home so were extremely nervous and scared of anyone new. Fortunately they are now in our care and our priority is to give them all the love, attention and support they need to go on to have much happier futures.”

Taking on a large group of dogs in one go can be daunting at the best of times and with the current financial situation this certainly was not an easy decision but we simply couldn’t let these poor dogs down. It is estimated it will cost us an additional £5,000 for all the essential treatment and ongoing care these 19 dogs and puppies need.

If we are lucky enough to raise more money than is needed it will go towards helping the other animals in our care.

You are wonderful for the work you do x

I hope and pray these poor dogs recover from there ordeal and the breeders dealt with in the courts.

Poor things, I hope they all find loving homes x