While we all hoped that 2021 would be a better year for everyone, it hasn’t been the best start for a very poorly 13 year old cat, who has been given up by his owners. 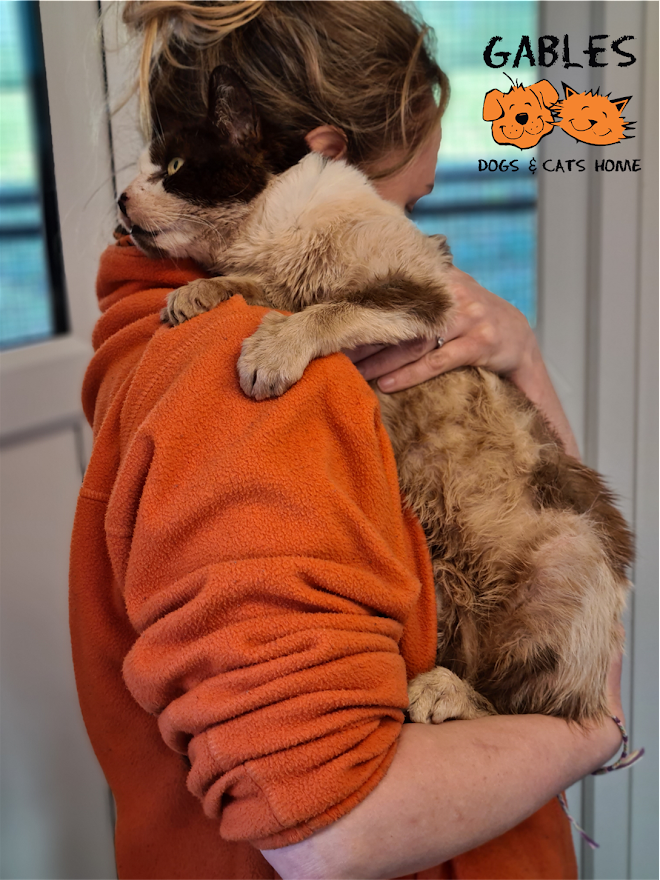 When Tattered Tom, as we have affectionately named him, arrived here at Gables it soon became obvious that he was suffering from more than just his rundown, untidy looks. His fur was matted, greasy and heavily discoloured – the result of not being able to groom himself. This has also left him with a rather distinctive odour. He was born with a cleft lip, which makes eating and breathing normally much more difficult for him. 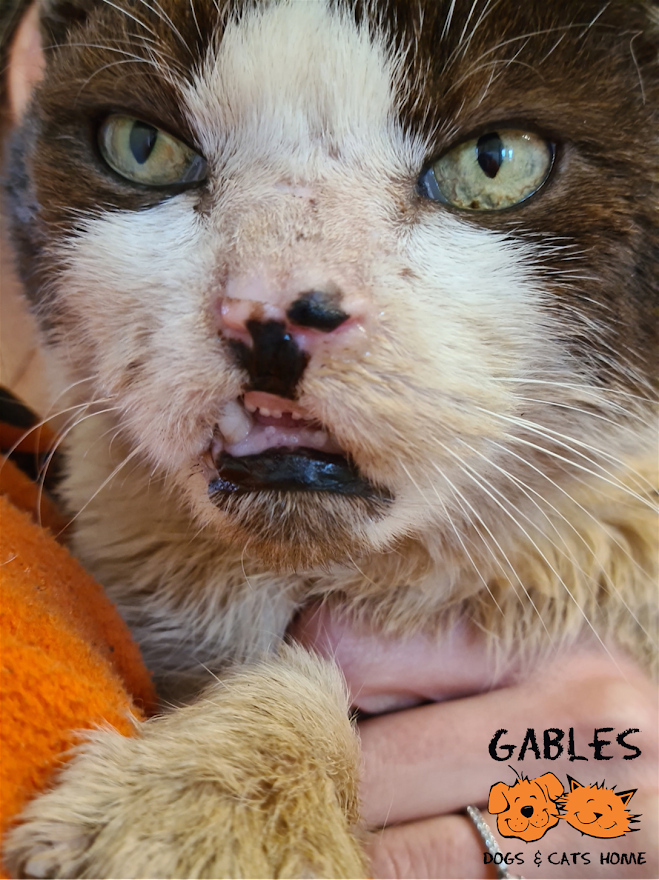 This poor old boy will require immediate treatment for dental disease, blood tests to see if he has any underlying conditions and basic care such as vaccinations, flea and worm treatment. He also has a grade 4 heart murmur, which will require treatment once fit enough.

Tattered Tom has done nothing wrong, he is just one of the thousands of unlucky pets that find themselves needing a new home each year, due to a change in their owner’s circumstances. Sadly this trend is likely to increase when people start to go back to work once the pandemic is under control and we come out of lockdown.

Ruth Rickard, Deputy Manager said: “As soon as I saw a picture of Tattered Tom’s face, I saw another golden oldie that desperately needed our help! We certainly appear to be seeing an increase in the amount of older dogs and cats needing help, which is such a shame. Tattered Tom has turned out to be a very sweet and affectionate old boy who wants nothing more than to just curl up on someone’s lap”.

If Gables is lucky enough to raise more money than is needed it will go towards helping the other animals in our care. Told mine to be grateful!

Just read Tattered Toms story in Plymouth chronicle, so sad though good to see fund going well. Wishing him a good recovery and a lovely new home. Thanks Gables for giving him a chance xx

A big thank you to Gables for their great work.

Please give Tom a big cuddle from me - I would happily take him if I were allowed pets!