The Bluebell Railway is one of the most successful heritage steam railways in the UK and one of the top tourist attractions in Sussex.  It reopened part of the old Lewes and East Grinstead Railway in 1960, and opened its extension to East Grinstead in 2013. 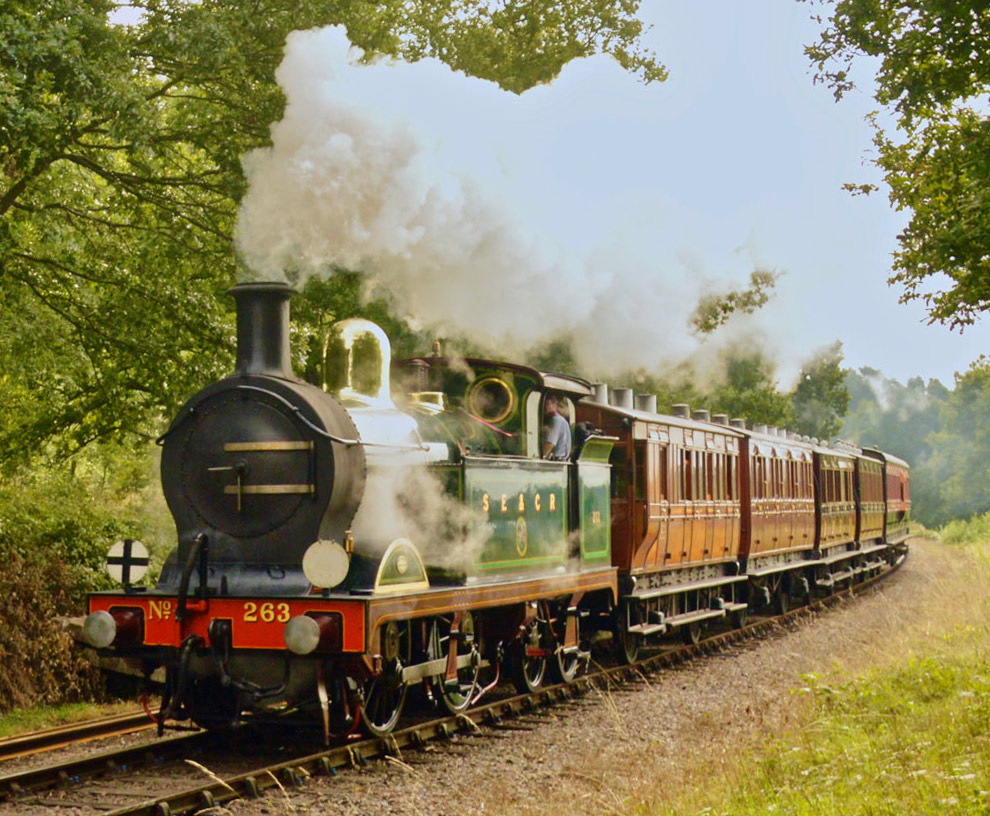 The Railway's line runs from Sheffield Park to East Grinstead.  There are four stations on the line, with steam trains running from Sheffield Park (home to the locomotive sheds, Steamworks! exhibition and museum) via Horsted Keynes and Kingscote to East Grinstead (which has a convenient connection for mainline trains from London and East Croydon). Regular train services run on around two-thirds of the days each year.

The Railway's locomotive collection, dating from 1872 though to the end of steam, is the most comprehensive in the South of England, and second only to the National Railway Museum.  In addition, the collection of railway carriages and wagons covers the Victorian, Edwardian, inter-war and post-war periods.

The Bluebell Railway Trust (Registered Charity, No.292497) is the fundraising charity working for the development and investment of the Railway (which is a not for profit organisation, supported by over 10,000 members and 800 active volunteers).  The Trust is responsible for fundraising appeals and for receiving donations, gifts & legacies and is able to claim Gift Aid on donations where appropriate.  See details of our current appeals here.

Our website uses cookies. They help us understand how customers use our website so we can give you the best experience possible and also keep our online adverts relevant. By continuing to browse this site or choosing to close this message, you give consent for cookies to be used.

Read more about our cookies Don't show me this again.